Born in Ouagadougou, 36-year-old politician and feminist Assita Kanko explains to me how she finds the courage to speak out against Female Genital.Mutilation. 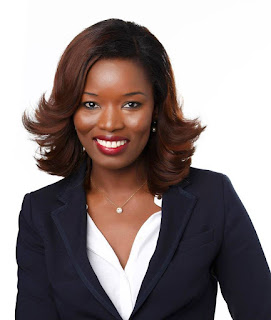 After having come to Belgium at the age of 20 and having worked different jobs, Assita went into Belgian politics in 2010 with the objective to fight for women’s rights. In 2014 she gained notoriety with her book ‘Parce que tu es une fille” (Because you are a girl). In this autobiographical account, she recalls when she underwent the traumatic experience of FGM (Female Genital Mutilation) as a five-year-old in her native Burkina Faso.


She is one of a few women brave enough to speak out against this horrific practice that touches millions of girls each year worldwide, and has been interviewed by the likes of Al Jazeera, writes columns for the Huffington Post and -recently- published a remarkable opinion piece in the Guardian as a response to an editorial in the Economist, in which the author defended some "minor" forms of  FGM as “acceptable”.


I met with Assita on my home turf, in the lively Brussels' neighborhood of Matongé (known as “little Africa” because of its majority African population) and in one of my favorite café's, the Art Nouveau l'Ultime Atôme. Assita mentions that these cozy surroundings were the background when she wrote the first part of her new book "The second half", which treats the topics of gendercide, honor crimes, child marriages and FGM. We talk about her ongoing activism - in addition to being a member of different think-thanks and a speaker on feminist subjects, Assita is also a local politician in Elsene, the district of Brussels where we are having coffee.


When Assita arrived, many heads turned. The 36-year-old is nothing short of a celebrity in her own district (she also lives in Elsene), but also far beyond. She is regularly interviewed on feminism by Belgian media - Dutch and French speaking alike, which is exceptional in Belgium (Assita speaks French & Dutch perfectly - she started to learn the latter language a few years after she arrived in Belgium).


In her book “Because you are a girl”, Assita states that the hardest thing to bear for her was the indifference of the people around her, and the betrayal by her mother, who took her by the hand and said she was going to play at a friend’s house. Instead, she took her to an old house where a woman “cut” the girls of the village.


“As long as there is a woman or a girl suffering somewhere, we have to speak up. Indifference is a crime”. This is also the reason why she decided to talk about the fact that she had undergone FGM, after having kept it a secret for many years.


According to Assita, a new kind of feminism is needed, a feminism in which women sustain each other. I tell her how I was startled by a remark from a female colleague at the Belgian Public Broadcasting. She couldn’t grasp why I was so interested in writing about Moroccan women’s rights, as surely this was not my problem.


Assita calls for total solidarity among women. “We all have sisters and mothers”. Even Assita’s  8-year-old daughter calls herself a feminist. “We also need more men who call themselves feminists”.
http://www.aljazeera.com/indepth/features/2016/02/memories-fgm-screaming-pain-fear-160206072617469.html
http://www.assitakanko.be/
Posted by heidi at 01:38